Enter the Axis of Evil, aka: The Democratic People’s Republic of Korea 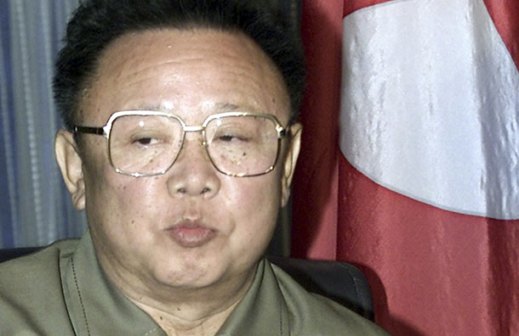 In honor of the passing of one of the world’s leading unintentionally funny psychotics, I would like to share an email I received while I was studying abroad in Beijing during 2009 regarding an opportunity to travel to North Korea.  If you weren’t aware, China is very close to North Korea.  Here’s a picture: 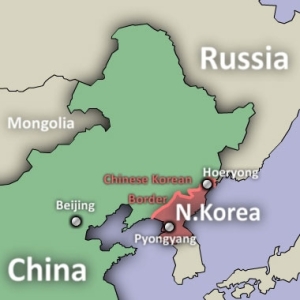 This is from a fellow student, and I have not edited this email in any way, as any changes would ruin the essence of it:

It is dangerous and travelers do on occasion get detained but you would literally be one of 600 Americans to have stepped into North Korea since the country closed its borders to foreigners in 1953. What is most spectacular about the trip is that we would be going during what is called the Mass Games. The Games only take place once every few years and is comparable to the Olympic opening ceremony only this features 100,000 synchronized gymnasts inside the world’s largest stadium[1]. North Korea has decided to open its borders to foreign tourists like us for these games.

For anyone who is up to going, there are a few of us who are also really interested and we would love for you to come too! Every detail of the trip has to be settled TODAY on Wednesday, Sept 30 so please call me PRONTO if you want more information and are interested in coming!

This was equal parts shocking and intriguing, and during the 5 minutes I actually considered going, I decided to send it to the one person who would freak out the most: My mother.  I like to do things like that to keep our relationship interesting.  And by interesting, I mean dramatic.  Here was her response:

Your personal axis of evil,

So as I look back on the life of a man I never knew, I’ll always remember two things: 1) My mother loves me enough to not want me to get abducted in a foreign country and 2) North Korea is bat-shit insane.  I only hope this new guy proves equally exciting for many decades to come.  Fingers crossed!!!

[1] The Mass Games are done for the sole purpose to honor and praise Kim Jong-Il.  It’s super creepy.  Check it out.

[2] She really had me at “assume you are being listened to at all times”.  Nothing says “vacation” like espionage!

4 responses to “Enter the Axis of Evil, aka: The Democratic People’s Republic of Korea”